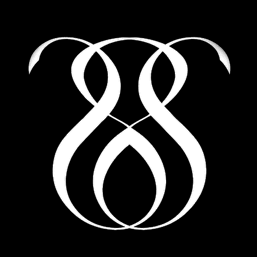 BC Time-Slip (The Empire Never Ended)

Between August 12th and September 5th, John Cussans, Stephanie Moran and Gregoire Dupond will set up a special investigations room at Dynamo Arts, inquiring into the story of the science fiction writer Philip K. Dick's visit to Vancouver in 1972, and his stay at the X-Kalay Foundation, a First Nations ex-con and addiction rehabilitation centre established by David Berner in 1967. This forms the pretext for a wider conversation about the role of artists, activists and intellectuals, of settler and First Nations heritage, in processes of cultural decolonization in the region.

For the duration of the residency the gallery will be converted into a research bureau, reading room, cinema, seminar space, and multi-media studio, where the artists will collate and connect shared stories, personal histories and documentary/archive materials gathered during their stay. They will use their findings to produce a series of staged 360 photographs shot at key locations in Vancouver, that will attempt to connect Dick's 1960's work - such as Martian Time-Slip and The Three Stigmata of Palmer Eldritch, in which he envisioned the psychological and environmental catastrophe of drug addiction and planetary colonization - to his subsequent 2-3-74 visions, in which he encountered an entity he called VALIS (Vast Active Living Intelligence System), The Black Iron Prison (a trans-temporal, disciplinary gestalt connecting Rome AD70 to California 1974) and Zebra (the name he gave to the supra-natural deity that revealed itself to him at that time). Through a combination of studio diagrams, mapping and hyper-spheres, the artists will draw out correlations between the legacies of colonization in British Columbia, contemporary inter-cultural perspectives on ecology, intelligence and agency, and the nascent politics of decolonization in BC since the 1970s.

BC Time-Slip is the first phase of a larger project called The Skullcracker Suite, named after Huxhugwaxtawe, the giant cannibal bird of Hamatsa legend, who cracks the skulls of humans to eat their brains. The project is guided by the Brazilian anthropologist Eduardo Viveiros de Castro's notion of "cannibal metaphysics", and his claim that the ultimate goal of contemporary anthropology is the permanent decolonization of thought. The inter-active hyper-spheres generated during the show will be exhibited in the gallery as they are produced, and a series of public seminars, talks, film screenings and discussion groups will be programmed for the duration of the residency.

John Cussans is an artist, writer and educator based in London (UK). Since 2009 he has been involved with the Ghetto Biennale in Port-au-Prince, Haiti. His book Undead Uprising: Haiti, Horror and the Zombie Complex is forthcoming from Strange Attractor Press. He is a co-founder of DRUGG (Diagram Research, Use and Generation Group) and The Free School in a New Dark Age.

Stephanie Moran is an artist and librarian/archivist based in London. She recently co-curated the Kathy Rae Huffman Project, a partnership between Res. Gallery and Goldsmiths college library in London, responding to a media art collection donated to the library by the curator. Her artist novel The Picture Itself Represents a Moon was published by Spiralbound/Susak Press in July 2016.

Gregoire Dupond is an artist and designer, based in Bologna. Since 2006 he has been developing technological solutions for Factum Arte, an international arts fabrication, conservation and facsimile company, that pioneered the high-resolution 3-D scanning of artworks for cultural preservation projects, including Veronese's painting 'The Wedding at Cana' in the Louvre, Carravagio's 'Saint Matthew' paintings for the Contarelli Chapel in Rome, and the tomb of Tutankhamun in Luxor, Egypt.